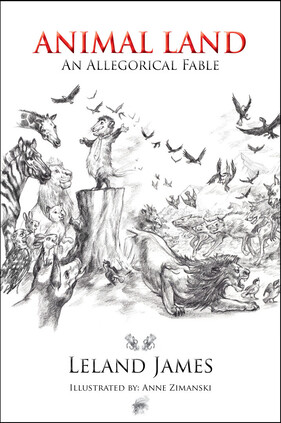 In gratitude to those who served the Allied cause in World War II.

And for Matthew
who at the age of nearly nine
listened to the story of Animal Land,
thought for a while, and said:
“The owl was right!”

Animal Land is an allegorical fable of World War Two, à la George Orwell’s Animal Farm. The story, written in unique, highly accessible, shape poetry by award-winning poet Leland James, recounts in an entertaining drama the events of WWII from Chamberlain’s appeasement of Nazi Germany to the over-optimistic predictions of eternal peace after the surrender of Germany and its allies. Historical figures and their personalities are represented by animals of fitting character. Like Animal Farm, the story operates on two levels, one level a story that a nine-year-old can easily relate to and enjoy, the second level suited to discerning adult readers. Smiles of recognition and frowns at errors in judgment come rapid-fire to the adult reader, while children alternately laugh and become thoughtful as the basic story unfolds. The moral of this fable is timeless, of particular relevance in light of current international events—the lessons of WW II being essential to any understanding of the conflicts and potential hegemonies present in each day’s news.

Animal Land, in the birds and beasts portrayed, charts a course away from the typical animals of children’s literature into a fantasy that entertains without sacrificing the seriousness of the story. The story has been thoroughly tested on both children and adults with consistently positive results.

The book is fully illustrated by Ann Zamanski, a well-established artist of exceptional talent. The illustrations, like the story itself, avoid the typical children’s book fair, striking a rare balance of whimsy without cuteness, such as that achieved by E. H. Shepard in Wind in the Willows.

Animal Land entertains and informs in the tradition of the dual relevance of all authentic allegory, being both historically and currently relevant.

Leland James carefully crafts a world with considerable detail that is eloquent and thought-provoking from a literal perspective when read critically with the true story in mind; a story that follows the second World War with animals juxtaposed as real-life historical characters, countries, and groups of people. James’ use of animal symbolism is both clever and intriguing. Each page is worth a second read, switching between the point of view of a child and that of an adult. Animal Land teaches a lesson that is valuable for children and adults alike; a perfectly built allegorical fable, Animal Land can grow along with the curious mind of a child, or bring to light a fresh new way that adults can view the atrocities, heroism, and cooperation during a trying time in history.
—Laura Sophia Bennet, Amazon Book Reviews (Verified Purchaser)

Skillfully between Aesop’s fables and The History of World War II, Leland James’ enchanting allegorical tale relates the story of the war with a cast of cleverly chosen animals. Brilliantly illustrated by Anne Zimanski, Animal Land is a must-read for children from nine to ninety. A page-turning mixture of wonder and horror with a message for our own times proclaimed at its closing by a wise old owl.
—Johnmichael Simon, chief editor Cyclamens and Swords Publishing.

Hawks. Owls. Giant wolves. Yikes! This is not the Peaceable Kingdom. And when the Crocadogs show up, it’s best not to follow a possum’s advice. Maybe it’s better to follow the badger! But who will save the songbirds? Yes, we need zebras and giraffes, but we also need eagles and lions. Beautifully illustrated by Anne Zimanski, this narrative in verse carries a powerful lesson for children, and for everyone else.
—W.F. Lantry, Winner of the Nautilus Book Award for Poetry for his book, The Structure of Desire 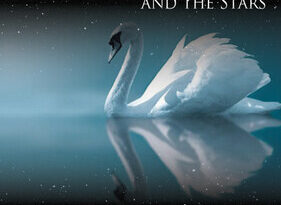 Between the River and the Star 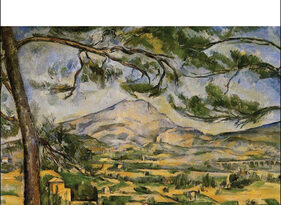 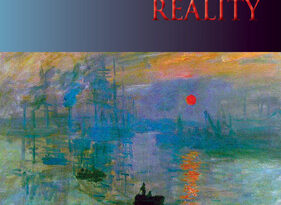