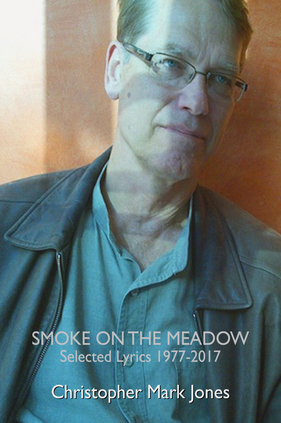 Songwriting is a short form, like haiku or flash fiction, that demands an efficient recounting of whatever’s on the table, using components like a verse and chorus, a bridge (a mid-song variation), and usually rhyme. Liberties with all of these are allowed, and often taken.

Subject matter tends toward the sentiments, but this is a matter of choice, depending on a songwriter’s current state of mind and relationships. Like any narrative form, songs also allow for adopting alternate points of view as a way of attempting to portray existence from outside our individual bubbles. In my case, I’ve written from the point of view of a single mother, a black teenager, an auto worker, and many others, including my own.

I have been writing songs since my teenage years. The songs in this volume constitute a thread begun during periods of living in Paris, London, Boston and most recently Pittsburgh, where I now live. Written mostly on acoustic guitar, they can loosely be described as pertaining to the folk genre. Other songs, including an entire repertoire written during fruitful years as the leader of an electric band in Boston, are not represented here.

Songs have allowed me to express myself concerning the many worlds that my life has touched, to interact with listeners and fellow musicians, and to continuously challenge myself to be creative. Songs are built of words and music, of course, and a book presents only the words. The combined form is still available for all of these songs; feel free to explore further should the spirit move you.

Incantations “From the simple country storytelling of ‘Field of Dreams’ to the brooding, bluesy ‘Fire So Soon,’ Christopher uses the palate of American roots music to weave his tales of families, lovers, workers, travel and hope.”

Suburban 2-Step “In the end… the stories are what makes this album memorable. Particularly the overarching one of a midwestern kid who has seen the world as a musician and athlete, but is happy in the knowledge that, ‘what we have right now is better than old glory.’”

I just love No More Range to Roam… I’ve actually listened to the CD about 10 times… A great bunch of songs… It’s a throwback to a time when songs were actually written about something real. What a powerful message. I’m appreciative that you are a true troubadour.

—Anthony Frazier, host of the Acoustic Hour radio show on WCCS 1160 AM

No More Range to Roam

Notes: In the fall of ’77, Bill Leader invited me to his studio in the Yorkshire Dales (U.K.) to make a album under his imprint for Transatlantic Records. My brother Jeffrey Jones, back-up guitarist Mick Linnard and I spent most of a week there, with early work from Dire Straits drummer Pick Withers, and a later visit from London guitarist Gerald Moore. The resulting recording was released in five countries and got me on prominent bills at folk festivals (Rotterdam, Bristol), and extensive radio play, including BBC1 and Capitol Radio in the U.K. In the intervening years Transatlantic and its catalogue disappeared in a series of mergers and acquisitions. The current version is remastered from the original vinyl, retaining the pristine sound of Bill’s great mics and touch, while matching the levels and removing the clicks and pops.

Mark Weakland—drums and percussion (all)

Produced and recorded by Christopher Mark Jones in Pittsburgh, Pennsylvania and Lexington, Kentucky from 2007-2009.

Notes: This is a catching-up album, including songs I’d had in my bag for awhile, which means they’d also stood the test of time. Exceptions are “Gas It Up,” a song I wrote for Uptown Combo in 2006 or so, “I Work Hard,” a tune reworked from a concept that had lain around waiting to be finished, and “Dakota Territory,” written about the harsh upper Midwest of my forefathers. A lot of this work was done alone in my studio. The family contributions—Bev, David, Jeffrey, Karen—were overdubbed in Lexington. Mark came in when most of the rest had already been done.

Produced, arranged and recorded by Christopher Mark Jones from July-December 2011 in Pittsburgh and Detroit.

Notes: All of these songs were written in the two years prior to this recording, with the exception of “Roseland,” which was written in the eighties and refers to living in central London (making some of the reference—the Circus, the Mall, kippers, the Underground etc–a bit more understandable; for a while afterwards). I brought in Jim Spears on bass this time, figuring I had enough to do, and a general studio upgrade allowed for recording the entire rhythm section (+ guide track) all at once, which I’m sure was easier for drummer Mark Weakland. This was my first time arranging strings, but I invoked the spirit of my father William (who was a PhD in music theory) and the advice of my brother Jeff. That and some contributions from Gina Ketter and Gordon Kirkwood resulted in an addition I like, especially when the arrangements are a bit sparse—“Autumn Song” and “Mrs. Pennington.” I set up the studio for a weekend in my cousin Dave Gillespie’s house in Detroit, and “family band” members Dave, Karen Jones, and Bev Futrell got a lot of their contributions down then, though Dave continued to send me guitar parts for a while after. Roger Day, Marc Reisman, David Hart, and Paul Eiss all came in on separate occasions to work their magic and spend a moment in the suburbs (though I don’t remember any two-steps—must have missed them…).

Notes: All are new songs, some written with the explicit intention of not being so (Americana) parochial, including one with my Quebec poet friend (and hockey player) Bernard Pozier. Most songs had various rhythms of the record laid down first with Mark and Jim, with other parts overdubbed. Autumn did the heavy lifting on harmony vocals this time, though it was great to have Ben and Brooke contribute as well. Joe DeFazio had done a sub gig for me back in Uptown Combo days and proved to be adaptable to the various feels of this record. Vince played multiple instruments and all with taste and restraint. Dave Gillespie drove down from Detroit for the weekend for his parts, and David Hart stopped over for a couple of evenings. Mixing and mastering mostly occurred in February and March, with constant redos until I finally just had to stop…

Notes: Most of the tracks had been laid down in the new home of Studio 256 by the end of the summer of 2017, with mixing spread out over September and October, and mastering beginning in November and completed in December. The core recordings were done by the Roots Ensemble (Camut, Perna, Weakland) with Hammond organ happening at Skip Sander’s studio, then piano, strings (arranged by brother Jeffrey Jones) and harmonies. One of the themes in the writing was movement and change through generations, another constancy in love. 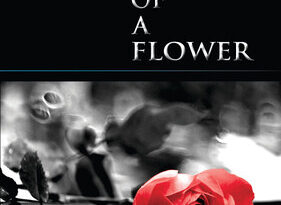 In the Shade of a Flower 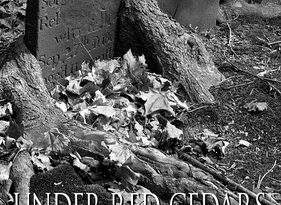