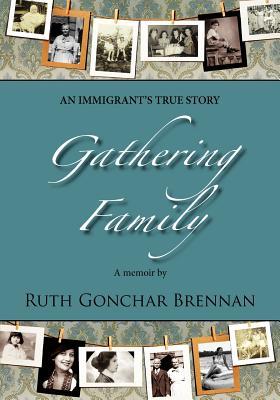 Gathering Family is a wonderful book of creative nonfiction. Spanning a century, through stories, diaries and pictures it is the story of Ruth’s grandmother Sarah’s amazing journey through turn-of-the-century Eastern Europe to America: an immigrant’s true story. Gathering Family is a story of courage, cleverness and single-mindedness, and how three generations of remarkable women, and the men they loved, prospered in America.

I am Ruth Gonchar Brennan and I am the keeper of my family’s stories. My mother Esther passed these stories on to me. After all, I was her only child. Who else?

I had heard these stories all my life:

“Ruthie, did I ever tell you about your great-grandmother leaving her marriage bed because she wanted a home of her own?”

Sitting over coffee at the kitchen table, first in my mother’s apartment in New York City and then in my own house in Connecticut, I listened: “More lox, Mom?”

“Oy, I ate too much already. But did I ever tell you when I was a child about my cousin Flo eating so much she was plotzing? And I stared at her for an hour waiting for her to plotz, which I thought meant ‘explode’?”

Some of the stories I did not need to be told–I lived through them, especially the declining demented years of my grandmother and mother. In the five years before she died, my mother told the stories with urgency, as if she knew she would not have them very long. For two generations past, all the women in my family have suffered from and died of dementia. I am 67 years old and feel the same urgency.

“Mom, you have to write them down,” commanded my daughter, Danna. And so I did.

The memoir you are about to read is true, based on the family’s oral histories, letters, diaries and annotated pictures. If a story sounds—well—questionable, attribute it to poor memory rather than disingenuousness.

Sometimes history is a mystery. One Thanksgiving, my mother told the story of her mother Sarah and the copper pot she brought from Slonim across Eastern Europe to America.

“Mama treasured that copper pot,” Esther said. “She refused to give it up, even when she could have bartered it for food. She hid it when thieves tried to steal it from her, she carried it hundreds of miles, even though it was heavy and she was tired. It was the only material reminder of her life in Slonim.”

After listening to the story, my mother’s younger sister Ethel said:  “Esther, I don’t remember a copper pot. Mama didn’t have a copper pot.”

“Yes, there was,” Esther responded, “you were just too little to remember.”

My grandmother Sarah told my mother that she looked back on her life with amazement. “I know why we left Slonim—we had no choice,” she said, “I don’t know why we survived and then why we thrived.” However, I know why, and you will too, once you read this memoir. 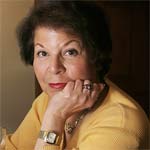