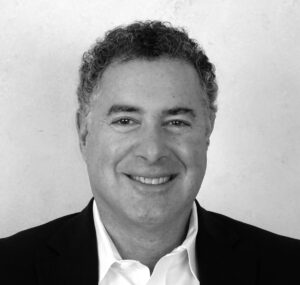 Artie Dean is a periodontist in New London, Connecticut, specializing in dental implants and gum diseases. He attended New York University, graduating with a BA in 1974. After receiving his dental degree at the University of Pennsylvania in 1978, where he met his wife Barbara, he did a hospital residency at Albert Einstein Hospital in Philadelphia and then trained at Boston University for his specialty in Periodontics. You might wonder how his education qualifies him to be a spinner of stories involving family conflicts over religion and belief. If asked, he would agree that it doesn’t. But perhaps his experience, as the only son of immigrants scarred by the holocaust, would.

Raised in a melting pot of cultures, which was New York’s Washington Heights neighborhood in the ’50s and ’60s, Artie navigated the Hebrew schools of that time, wanting desperately to fit into the American culture that raised baseball’s Mickey Mantle and Roger Maris to the level of divinity. Who had time to study the intricacies of the Torah when friends were waiting outside to flip baseball cards against the synagogue’s wall or play stickball in the schoolyard across the street? As you can imagine, that did not sit well with his parents or his Rabbi, who, too often, applied a slap to the face as a gentle reminder that tradition was not to be questioned.

How ironic to see his search for meaning come full circle after raising four children, concerned that he might impart his own traditions to the next generation. Perhaps the old saying, “Man plans and G-d laughs” might apply here.

Artie began writing essays and stories for the Jewish Leader of Eastern Connecticut some fifteen years ago in a column entitled, “My Two Cents.” Several of his pieces were published in the Masorti Magazine of Conservative Jewry and were included in his first collection published by Little Red Tree Publishing in 2015 also entitled My Two Cents.

Artie continues to live in Waterford, Connecticut, with his wife, Barbara, who still edits all his work. His four children are all grown now with spouses and children of their own. Only Jessie, their dog, remains at home. Artie continues to work and write his column for the Jewish Leader biweekly. He’s planning to finish a couple of novels in the coming years, still hoping to find answers to the big questions of life.