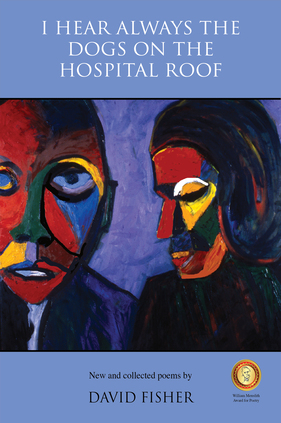 Winner of the first William Meredith Award for Poetry, 2012. This exciting book features new and collected poems from David Fisher, plus 30 wonderful full-color paintings by Rita Dawley and photographs by Stella Monday, plus many other illustrations.

“The poems are direct and beautiful, and only afterwards terrifying: you find you have confronted things you might not have had the heart to confront in yourself and the world without this strong and gentle talent to invite you.”

“Fisher’s work seems apt to be of permanence.”

“I’ve been reading and re-reading Teachings with pleasure, fascination, and admiration. And now The Book of Madness—clearly more penetrating, more troubling, and at once more capsized and more masterful. Congratulations… and thanks for the warm, good words that came with it. You give such love to those around you. I think it finds you from everywhere.”

“I was jolted by some of them, scared by others; moved by them all. What I feel is that for all the mists and confusions and mad juxtapositions, you are celebrating life, loving it. Much madness is divinest sense to the discerning eye.”

“Your work is so consistently good we put it in the bathroom.”

“You ought to be proud of this book, old boy. There’s bone, blood, muscle, heart and other organs at work. I feel proud for you and closer to you too, for having read it.”

“I like your poems as well as those of Robert Lowell himself.”

“Nobody writes better than you do. And I look forward to the time when your poems and stories come unto their own. Until then, love, as ever.”

“Your work is important, strong, and moving…”

“To speak of Neruda’s poetry one comes in homage to a Chilean poet who specialized in individualism, who also was a populist, and a Nobel Prize winner.

To David, his vocabulary was multilingual.

We can be arrested on almost every page of David’s work; for his style, content, form. He has established himself as a ranking postmodernist surrealist poet.”

“‘… you will find me, love, in the streets’ —this is the note and the scale and the image of those moving poems: the image that may save us who are now so profoundly endangered. For God’s sake, read these poems.”

“Thank you for keeping the faith.”

First Annual William Meredith Award for Poetry It was the summer of 2007 when William had just died and I decided to go to Ireland, despite the fact we were to have gone together. It was one of the bleakest periods of my life, and a poem I wrote then called “Solitary Confinement” paints the scene:

…I’m all set up now at Heinrich Böll’s cottage,
ready to work. I’ve scones, and jam and butter,
and tea from India. Outside my window,
beyond a curtain of red tears and a field
of purple thistle, the Atlantic dreams on
under the mountains of Achill which
have disappeared in the mist. But I could
as easily be rooming with poor David Fisher,
locked in isolation, dueling with Lucifer:
a tragic Armageddon raging in his
schizophrenic soul—real toads, real garden,
real snakes, real scorpions, the works, that
no amount of Haldol or electro convulsive
therapy will dispel, listening to the “labial
of the wolves,” adorned in “phylacteries
of silver and blood.” I want to shake him:

“Wake up David, oh, wake up, buddy.
Let your terrors disappear like mist
rising off the mountains. Let’s break
out of here honey, let’s take the stones
from our chest, and drive up to Big Sur.”

David liked the idea that he and I had become spiritual roommates and I became “Dear Roomie” in the scores of letters he began to send again. The last time we had met in the late 80’s, he and a group of hooligans came to San Francisco to crash the Associated Writing Programs conference and celebrate the fact that William had just won the Pulitzer Prize. I hadn’t seen him since, but occasional letters over the years let me know he was still writing. When we didn’t hear from him, we knew he was “on vacation.” I guess it was about the time I returned from Ireland that the foundation decided to present David with the William Meredith Award for Poetry. To potential sponsors we wrote:

“This is an award that has no application process but comes to the author unsolicited in the spirit of generosity that informed William’s interactions with the world of poetry when he judged competitions and supported new talent. The first book we envision publishing will be that of David Fisher, a poet William first invited to the library of Congress and who won the William Carlos Williams Award for the best book published in 1978. For decades, David has continued to write remarkable work despite multiple hospitalizations and family tragedies such as the death of his children. His is a remarkable spirit, fully matching William’s who struggled for 25 years to come back from a stroke and return to some kind of normalcy in his life and continue to write poems. He is a hero of large dimension, a poet of great tenderness, power and imagination. We look forward to seeing his work in print again which has for so long been neglected.”

And now we must wait no longer. This book is a remarkable achievement, not just for the sometimes chilling vision it gives of his brilliant mind, but for the courage, it takes to go into the deepest circles of hell and still make his way back to us. Very risky business. And humor is perhaps his most important lifeline as he sinks into the quicksand yet again. He wrote to me recently, “I have been falling all over the place and they finally put me in a regular hospital where I belong. I have a terrific lady doctor testing my sharpness. She said, “what do you know about Vietnam,” and I said, quick as a wink, “the French got us into that, and commander Nixon got us out in 1972.” And I said, “I have been in mental hospitals scores and dozens of times and in Mexican jails where they check your sanity and let you out to starve, but I have never been in a nice regular hospital with room service.”

At one point I was discussing this Award with a patron of the arts who felt that we should not discuss the challenges David has faced with mental illness over the decades. But it is precisely because he has continued to practice his craft despite the great black dog at his side that gives us all hope. We need such models of courage. Who ha’n’t had their dark night of the soul and tested the limits of “normalcy” on occasion. And these days society attaches far less of a stigma to such trouble because of the good work of champions like Rosalynn Carter and others who have brought us into the light. I am no psychologist, but I sometimes think of the irony in David’s poem about the circus bear who is thrown from the train and continues to do his tricks, despite his lonely life in the forest. Aren’t we all in some ways at the mercy of forces we can not always control—our genes, our station in life, when we are born and to whom? The last time I talked to David I was a little pushy and not very friendly trying to get him to finish the editing and not re-write the book. He was calm as a clam and talked me down from too much caffeine with great skill and charity, his turn to be the adult in the room. It’s the poems that matter here, of course, and fellow poet Grace Cavalieri will speak beautifully to the work in her introduction. But I have learned from David the way one reads the story of Job perhaps and grows a little in compassion along the way.

William told me once that when Robert Frost invited him to travel across the country, he did so to have William see how Frost “took things.” So it is with I Hear Always the Dogs on the Hospital Roof. Through David’s eyes, we are able to see a world we may never have experienced but which expands our vision of humanity, or as Hillary Clinton wrote once of William’s poetry:

“Through his work, William Meredith both enhances and strengthens the American spirit. As you honor Mr. Meredith, you celebrate the timeless power of poetry and poets as our American memory, our purveyors of insight and culture, our eyes and ears who silence the white noise around us, and express the very heart of what connects us, plagues us, and makes us fully human.”

It is in that spirit we have the honor of presenting this award and our gratitude to David Fisher. 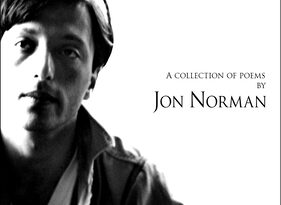 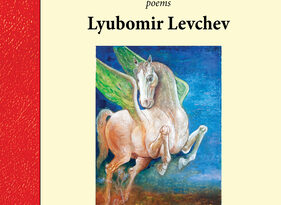 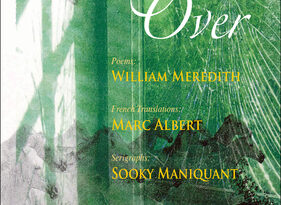